Are You Afraid To Have The Difficult Conversation?

One of the people I love to follow on social media is Vienna Pharoan of MindfulMFT. She is a couple’s therapist in New York and a lot of what she has to say really resonates with how I practice and what I believe when it comes to working with couples.

She recently wrote a blog about having difficult conversations and their significance in relationships (ie. The importance of not shying away from them even thou 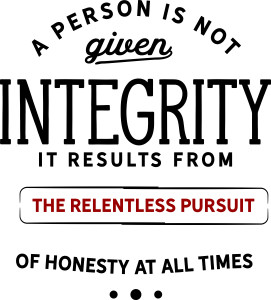 gh conflict can sometimes or often feel scary). In her blog she has a quote by Shonda Rhimes that I think speaks to not only why having these conversations are so important but also what we gain from having them.

I would highly recommend you sign up for her newsletter so you can hear her take on this issue. Here is my two cents on the issue

You have to think about these conversations before you have them. If you don’t spend the time really exploring what you are feeling and what is coming up for you, you drag someone else through your mud. You don’t have to manage these conversations perfectly, in fact I don’t think anyone does, but I think clarity goes a long way in allowing both people to be clear on the implications of the conversation on the relationship and what the path forward may look like. It is possible that even with being clear your partner may struggle to understand what you are saying because it causes pain, but at least he/she can know where you stand. So take some time to understand your own feelings, why the conversation is important to you and what you are hoping to achieve by having it.

Having the hard conversation requires you to get really honest with yourself and to dig up the courage to be honest with your partner. Sometimes honesty, while the best approach, is also one of the most difficult things we can do because it can involve hurting someone else’s feelings. Inflicting pain is hard, especially when we care about the person, but not being honest, not having the honest difficult conversation means not only are we denied our freedom but we deny freedom to the person we care about. People often know when something doesn’t entirely add up and so they are stuck trying to make sense of a conversation that has a bunch of gaps in it. Being honest means the person may have greater pain momentarily but they also have long-term freedom.

As someone who has been on both sides of these hard conversations, I appreciate how much anxiety is involved. I also appreciate that, when done properly, they can facilitate growth, connection and the freedom we all require to be happy.

Next post: How Do I Allow My Support System Into My Recovery Process?