When People Tell Or Show You Who They Are, Believe Them

A client of mine came in today feeling really anxious about a new relationship she was in. Her and her partner had gotten in a big fight and she was pretty sure it was over. When I explored with her what happened she quoted these three things: 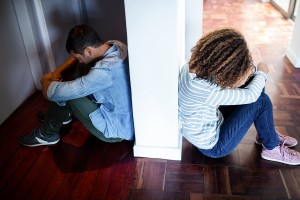 amounts of time trying to convince ourselves that we can change the person. In our desperate attempt to keep the relationship, we ignore the concrete signs and evidence that someone might not be healthy for us.

I think that instead of spending time trying to convince others and ourselves, we should spend more time believing them. If people are saying you deserve more, I don’t think it is healthy for the relationship, or for you, to invest time, effort and energy into convincing them of their worth. That is their job to do. It is your job to believe that you do deserve someone who is ready, who loves you, and who is willing to put in the work to show up fully. The more we argue with what they say, the more likely they will prove us right in the end anyways.

I am going to tell you what I told my client. Trust is imperative in a relationship. When someone tells you or shows you who they are, don’t argue, don’t deny it, don’t rescue or try to change them. Just listen. It is unhealthy to selectively trust what someone says based on our own needs not reality. So trust in what they say, and trust in yourself and what you deserve. Saying goodbye will be difficult, but it will also be difficult to invest more into someone who isn’t prepared to do the same.

Next post: If You’re Going To Binge, Binge On This!

Previous post: Are You Hanging On By A Thread?