“Ghosting:” The 21st Century Dating Problem Everyone Is Talking About

I was out for dinner with my girlfriend the other night and she started telling me a story about a guy she had recently been speaking with over the past month and how they had gone on a few dates, things were going well and then one night when they were scheduled to meet up, he just never showed…She never heard from him again. Sadly in my relationship counselling practice here in Vancouver I am hearing a lot of stories like this lately. People who go on a few dates, or are talking frequently before actually meeting up and then one person just disappears. The Huffington Post wrote a really interesting article about ghosting, which they define as “the anecdotally pervasive act where one dater ends a relationship by simply disappearing,” and it touches on some very interesting points. I suggest you read it here.

I think as a relationship therapist the part I struggle with is the lack of common decency. I think it is every person’s right to choose they do or don’t want to invest their time into but the simple acts of kindness seem to have disappeared in the dating world. I a 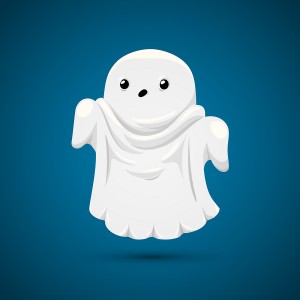 lso think it speaks to societies crumbling communication skills. With the rise in technology people have often become more comfortable talking from behind a screen over face to face. If that isn’t bad enough, the rise in ghosting seems to show that people will take the route of not communicating at all given the opportunity. AS my girlfriend was wrapping up her story she said to me “it’s not that he wasn’t interested that was the problem, it’s that people don’t seem to feel there is a need to just be kind and respectful anymore. If he didn’t want to see me that is fine, but whatever happened to just being a good adult human being and telling me it just wasn’t the right fit.”

I think that is the piece we all need to work on in our lives a bit more. Not just if you are single and looking, but also if you are in a relationship. Simple acts of kindness, whether that be telling someone you just don’t feel a romantic connection, or giving of yourself in an intentional way that makes your partner feel loved, really do go a long way.

Next post: She Was Done…And You Should Be Too

Previous post: Struggling With Your Body? It’s Time To Ditch The Scale