When Is The Best Time To See A Relationship Therapist?

It is a true and sad reality that the majority of the couples I see in my office are couples who are experiencing significant relationship distress. Often they come in because they have reached a point where they aren’t sure how to carry forward if there aren’t significant changes. I admire that they come in because it shows that one if not both individuals is really committed to working on the relationship but what is the best time for couples to come in if they are to have the most success both in their relationship and in therapy?

Most couples wait approximately 6 years after the main issue begins before they will see a counsellor. While this probably makes sense to many it also means that you have just spent 6 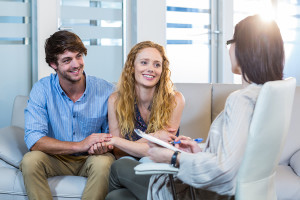 years building conflict on top of conflict which means in therapy there is so much more to unpack than the original issue.

So when is the best time to see a relationship therapist? My honest opinion is that it is best to see someone before any major conflict begins. Learn how to best deal with conflict and how to properly repair when conflict does arise. You can also learn how you both communicate and ways to work through your difference that actually moves you forward instead of keeping you stuck and preventing you from important growth. If you aren’t interested in coming in before the major issues arise, or if you are already in a state of unresolved conflict and feeling disconnected, then my suggestion is to get in as soon as you can. The sooner you work through it, the sooner you are to move on to the things that connect you both and bring you joy.

Seeing a therapist can feel like a big step, but I genuinely don’t believe there is a more important or healthy thing you can do if you want to remain happily connected for years to come.

Next post: I Chose My Life Over My Eating Disorder